This Indiana Building Was Rotated 90 Degrees While Occupied 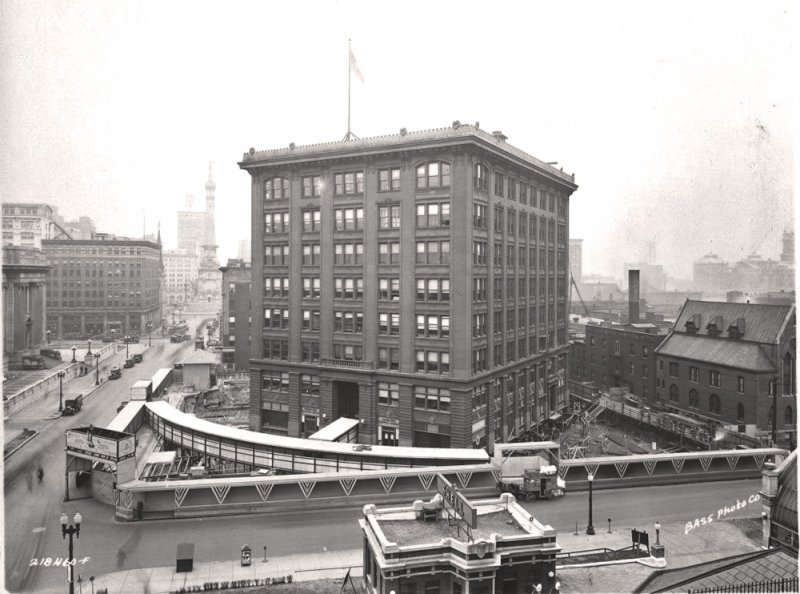 In 1930, the Indiana Bell Building was rotated a full 90 degrees in order to allow for construction of a second building. Even more impressive? The building was rotated without disturbing the people working inside, allowing normal business to continue throughout the course of the rotation. The move took an entire month, and the building moved at a breakneck pace of 15 inches per hour. Since the crews didn’t have access to the technologies we have today, most of the moving power came from hand jacks with some additional support from a steam engine.

The building was the headquarters of the Indiana Bell Telephone Company in Indianapolis. Essential telephone service was routed through the building, making it critical that operations were not interrupted and the 600 employees could continue doing their jobs. During the month of the move, the building never once lost gas, heat, electricity, sewage, or water. Employees used a movable wooden sidewalk to access the building, allowing them to freely enter and exit the building throughout the move.

The building was shifted in two “stages”. The first stage took ~4 days and shifted the building over a few yards, preparing it for the rotation. .The second stage rotated the building 90 degrees, moving it to a new position that provided room for a second building to be constructed alongside it. The progression from start to finish was documented with pictures, letting us appreciate the impressive engineering almost 90 years later!