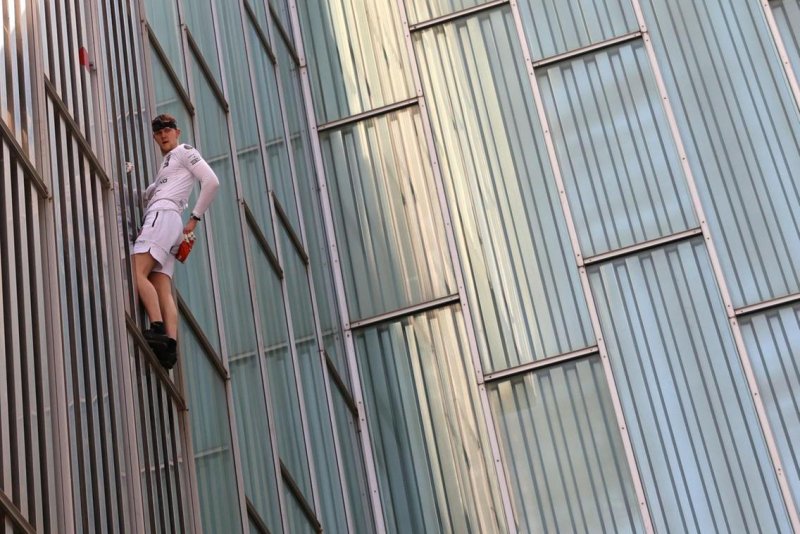 British man George King, also known by his very appropriate nickname “Daredevil”, recently scaled a 400ft skyscraper in Spain. The building, 4-star Melia Barcelona Sky hotel, is in the middle of Barcelona and is known for its glass walls. King managed to climb it in around 20 minutes, which is an impressive feat in itself. Even more impressive? He did it with no safety gear. No ropes, no lifelines, or anything other than his bare hands and some chalk. 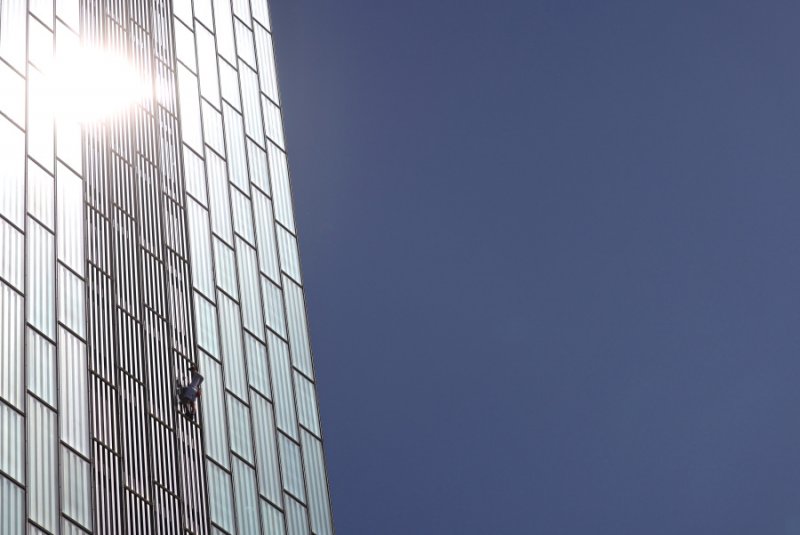 He posed for a picture when he reached the top before coming down only to be arrested by the local police. The police didn’t hold him long and released him without any charges. This isn’t King’s first rodeo, either, as he’s also climbed Agbar Tower (~475ft) in Barcelona and the Shard (1000ft+) in London – both of which he did without any safety equipment. Climbing the Shard resulted in 6 months of jail time for King, but it didn’t seem to slow him down as he’s vowed to repeat the feat. 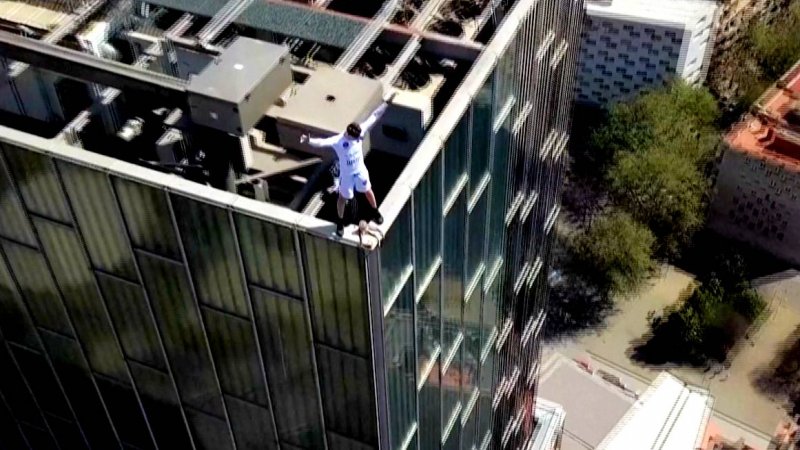 King is originally from Oxford but is currently traveling around Europe in a van. If you happen to see a figure resembling Spiderman climbing up the side of a skyscraper, there’s a good chance it’s him. We can only guess what he’ll end up next.

If you want to see him in action, watch the video below. He almost manages to make freeclimbing 300ft in the air look easy!

Reactions: Rob Lay
About author
A
adam.ewing
Adam Ewing has worked as an Engineer for aerospace and steel manufacturers as well as a Consultant for an R&D tax credit firm. He currently works as an Implementation Consultant for a financial software company. Adam has a B.S. and an M.B.A. from the University of Alabama. His interests include traveling, cars, cooking, and triathlons. You can also find Adam on LinkedIn.